Our Texas appellate attorneys understand and appreciate the value of commitment. It means being able to handle successfully any type of appeal, in any Texas appellate court.

We enjoy the diversity of the issues that are involved in appellate law; and that gives us the opportunity to succeed in any type of appeal. For that reason, ScottHulse appellate lawyers believe that they can match and exceed the work done by any of the top appellate law firms in the State of Texas.

ScottHulse lawyers regularly represent clients in appellate courts. Sometimes that work involves defending a favorable judgment that was obtained on behalf of a client after a trial. Other times, that work involves representing a client in an appellate court to seek a reversal of a trial court judgment. But regardless of the case, ScottHulse has the experience and resources to prosecute a successful appeal. We have done so on many occasions. Our appellate lawyers have experience in many aspects of civil appeals. And those appeals have been handled throughout the State of Texas, including the Texas Supreme Court in Austin, the Eighth Court of Appeals in El Paso, and the Thirteenth Court of Appeals in Corpus Christi.

Key areas of experience and representation provided by our appellate lawyers include:

Our recent experience in appeals includes:

Vicari v. Ysleta Indep. Sch. Dist., 291 Fed. Appx. 614 (5th Cir. 2008). Prevailed for a school district in an appeal that was decided by the United States Court of Appeals for the Fifth Circuit.

Yazdchi v. American Honda Fin. Corp., 217 Fed. Appx. 299 (5th Cir. 2007). Prevailed in a federal appeal that was decided by the United States Court of Appeals for the Fifth Circuit.

Thomas v. Guffey, 2010 U.S. App. LEXIS 4401 (10th Cir. 2010). Appellate victory for a client in a civil rights appeal that was decided by the United States Court of Appeals for the Tenth Circuit.

In re Estate of Hemsley, 460 S.W.3d 629 (Tex. App.–El Paso 2015). Obtained a win for a client in a probate court appeal involving issues of testamentary capacity involving a celebrity.

''Sometimes the last chance to ensure that the law is followed and that justice is done in a client’s case is through an appeal to a higher court. Appellate courts can uphold a hard-fought trial victory, or correct a wrong committed in the trial court.'' 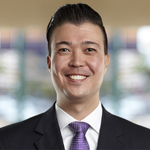