©ScottHulse, P.C. This material is provided for informational purposes only. It is not intended to constitute legal advice nor does it create a client-lawyer relationship between ScottHulse and any recipient. Recipients should consult with counsel before taking any actions based on the information contained within this material.

At ScottHulse, we know the value of commitment. A solid, firm-wide commitment to our clients and strong values, including integrity, excellence, and responsiveness, has sustained the ScottHulse tradition of service for more than 130 years.

This information is provided by our Labor & Employment section 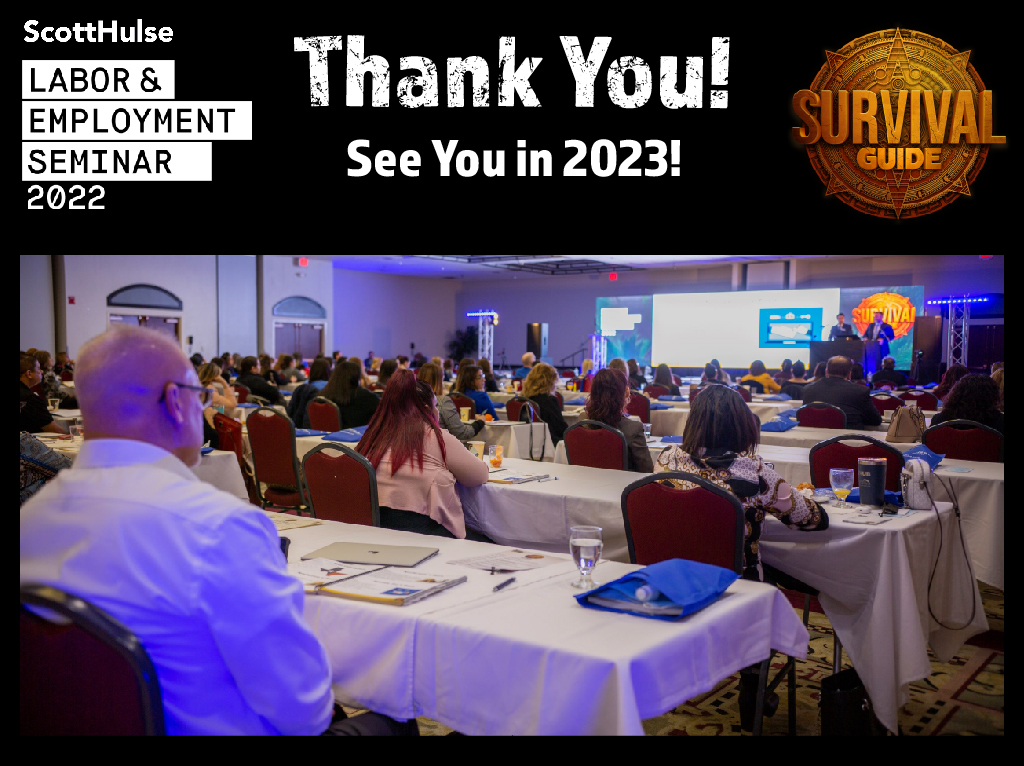